Ladies and Gentlemen there is absolutely no half stepping Today.  I have some Events in the Post that are close to ending, so no time to waste, we are getting right into the Post.  Designer Circle 122nd Round ends in 24 hours.  Lilliana is wearing a few items from the Round.  Lilliana’s Dress is *LX* Essentials Mona. Special Edition. There are two HUD Sets of *LX* Essentials Mona, Earthy and Bold, each HUD includes 6 Colors, Lilliana is wearing one of the Bold Colors.

Lilliana has some ink this time, she’s wearing :::DitaCouture’s::: Indian Jewell Tattoo. I will tell you the Back looks just as nice as the front, Ganesh the Hindu God is on the back, plus you get 3 sets of stones in different colors that sit perfectly on Ganesh, lovely touch. Indian Jewell comes with Maitreya, Belleza, Slink, Omega and TMP HUDS, plus of course a Tattoo Layer for the Classic Avatars.  Indian Jewell is :::DitaCouture’s::: Exclusive for Designer Circle. Something Else found at Designer Circle is Lilliana’s Bracelet and Ring, it’s a set by Clockhaus.  The Dora Set comes in Black, Silver and Gold, Lilliana is wearing the Gold Set.  You can get Clockhaus’s Dora at Designer Circle.

Last Designer Circle Special is Lilliana’s Nail Polish.  The Nail Polish is .::PiNK CHERRY’s::.  Glitter Dipping  for SLink Nails, Finger and Toes. Designer is the only Event with such a short deadline.  My Poses have a deadline to keep an eye on and they are a cool Pose Set, you really may not want to let the deal slip by.  I will explain later.  Next up Lilli’s Shoes, they are a New Release from La Vian & Co. The Emi Pumps are more like Sandals too me, but who cares, they are Hot.  Don’t forget super fantastic HUD with 40 different Patone Colors that LaVian & Co. always includes in their creations!

One Event that has a deadline not coming up anytime soon is SWANK.  SWANK just began a new Round this Week and since it’s a Month long Event and it’s only the first week of February, lots of time.  This current Round of SWANK is the 50 Shades of Red Round!  Lilli’s Skins is a SWANK Excluisve, it’s .::WoW Skins::. 2016 Victoria.  Not only is Lilli wearing  .::WoW Skins::. 2016 Victoria Skin, but also the Shape.  You can pick up both the Victoria Skin and Shape at SWANK. Lilli is also wearing one of Luminesse’s SWANK Exclusives.  The beautiful Necklace and Earrings are part of the Maharai Zillah Set Exclusively for SWANK. Since we in the first week of SWANK, don’t think I won’t show you more Swankiness in upcoming Posts.  Stay Tuned!

Last Two Body Parts on Lil are Hair by Truth.  Focus is one of Truth’s New Releases.  Something else included with Truth’s Focus are a set of cute Cat Ear Headbands, Lil isn’t wearing hers, but thought I mention.  I was lucky enough to win another set of Eyes from Mayfly’s VIP Lucky Letter Board.  Lil is wearing Mayfly’s Luminous Mesh Eyes in Autumn Fire.  Remember Mayfly’s Lucky Letter Board is for Groupies Only, but the Group is a Free Join! 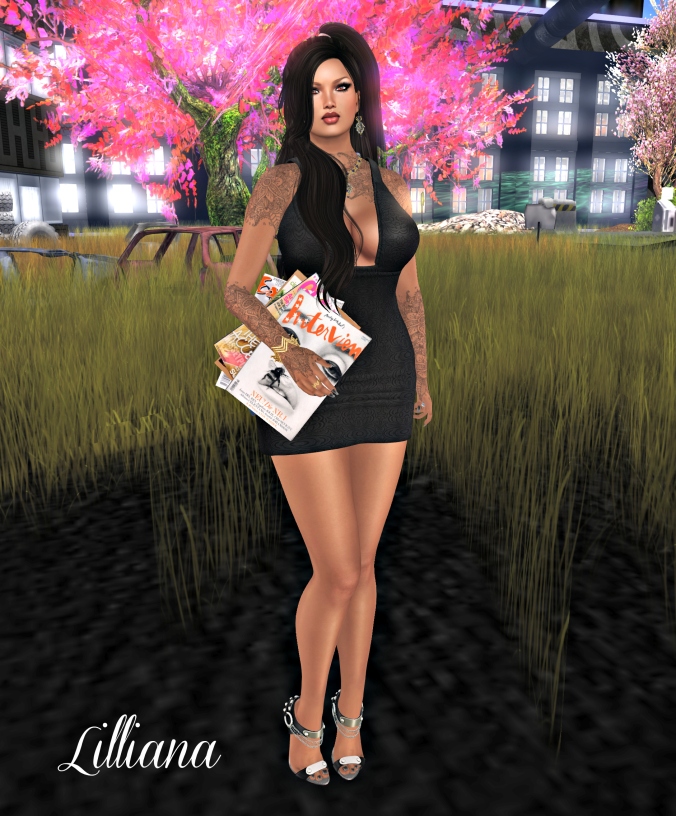 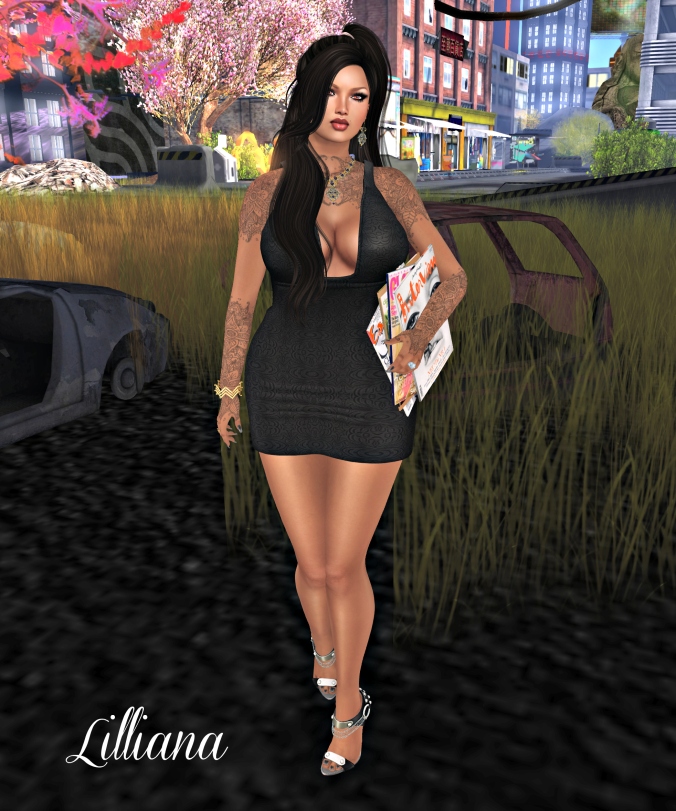 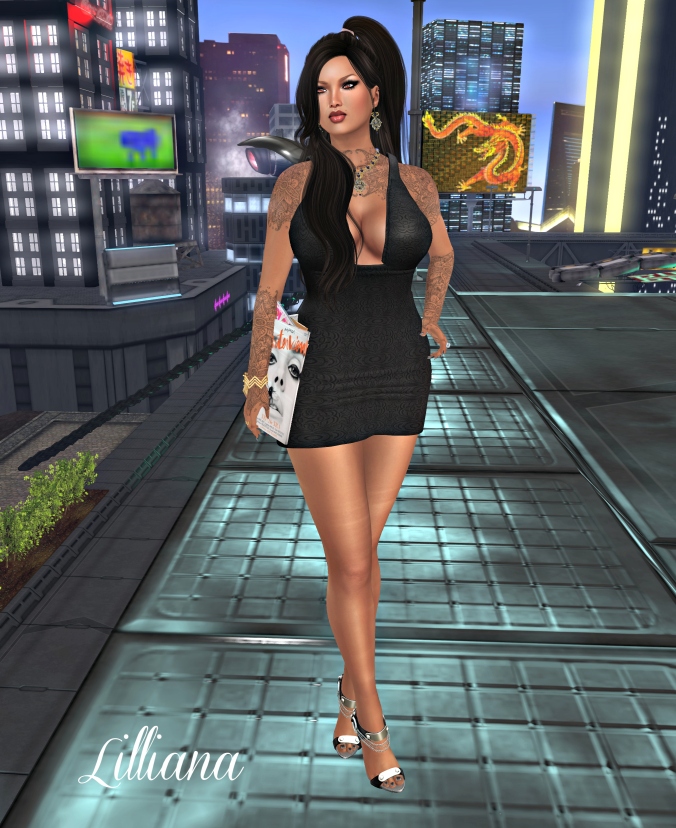 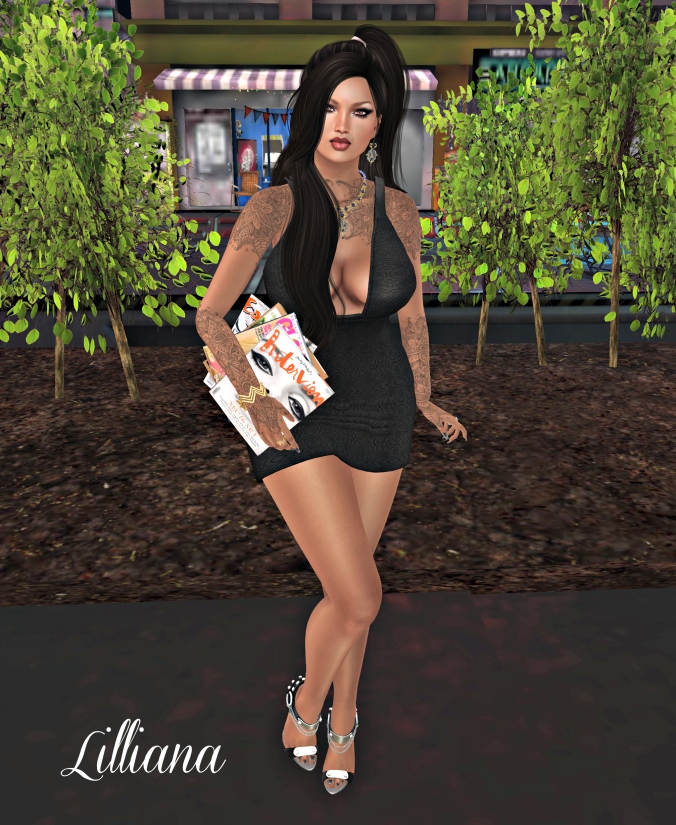 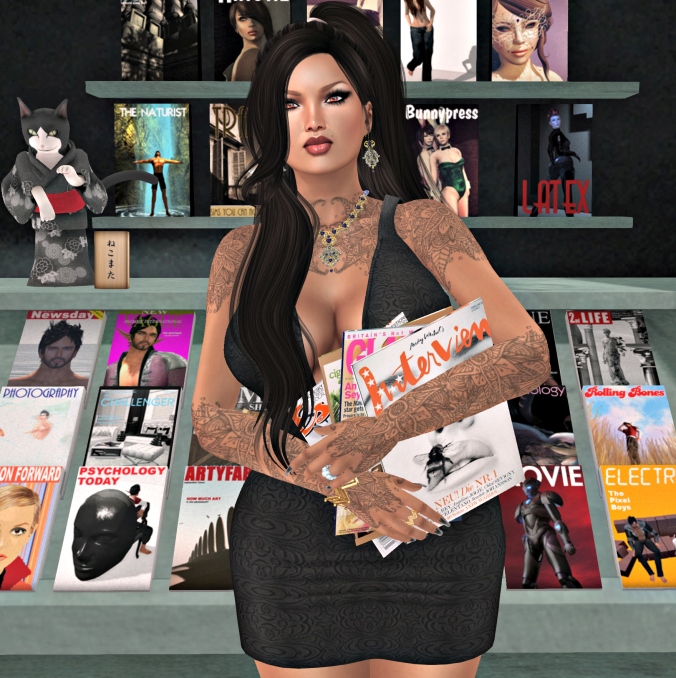 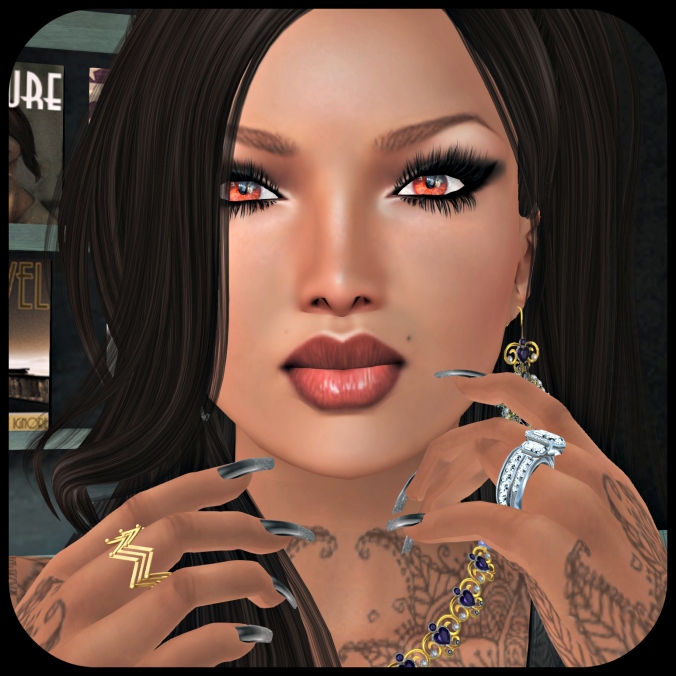 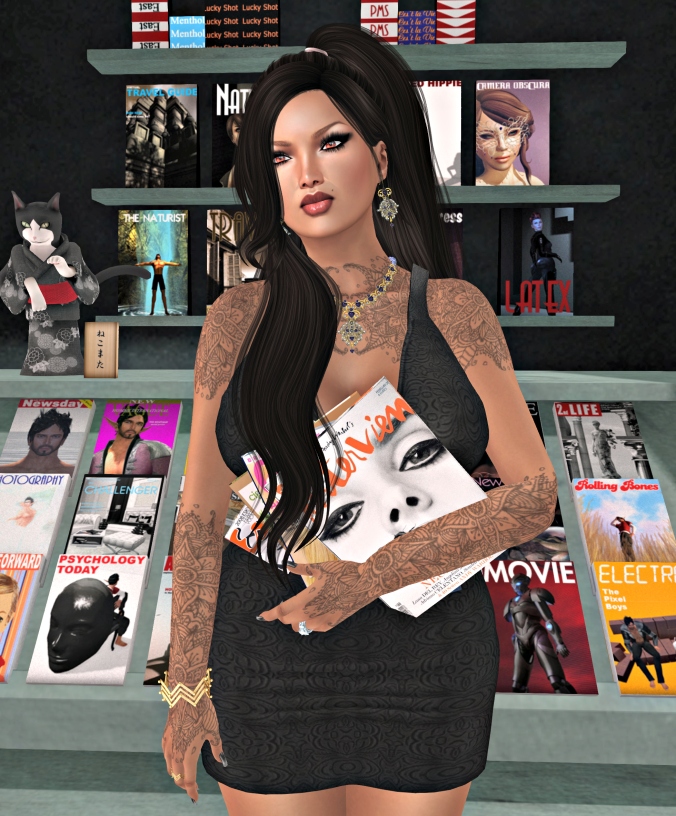